Athletes train to develop all body parts and muscles to maximum size but in balance and harmony. There should be no “weak points” or underdeveloped muscles. Moreover, they should follow a special pre-competition training cycle, to decrease the bodyfat level as low as possible and remove the underskin water to show the quality of muscles: density, separation and definition. Who can display more muscle details is scoring higher at the contest. And the other matter to be assessed is general view of the physique, which should be proportionally built. It means broad shoulders and narrow waist as well as adequately long legs and shorter upper body.
These qualities are displayed during two physique assessment rounds when competitors do 7 mandatory poses during comparisons of 3 to 8 athletes proposed by the judges. Athletes perform barefoot, in posing trunks.

There are 2 bodyweight categories for men: 95 kg and over 95 kg.

There is also a routine round when athletes can show their physique during 2 minutes free posing routine performed to the music of their choice. It is an attractive, artistic presentation, including compulsory and non-compulsory poses and other type of movements. There are three rounds. In each round each panel judge must put the competitors in order, giving them individual places from the first to the last. 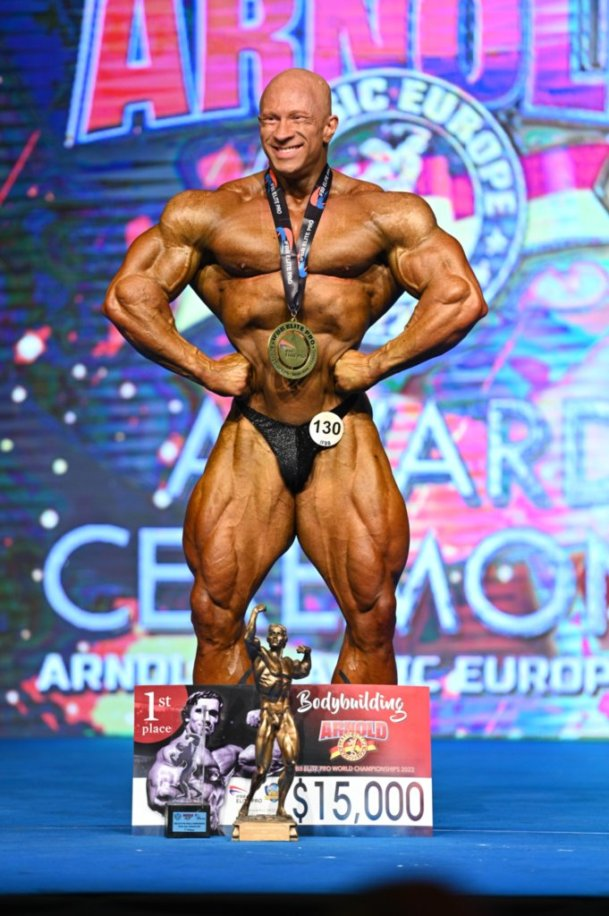 It is a version of bodybuilding for those male athletes who don’t want to develop their muscles to their “extreme” full potentials but prefer lighter “classic” physique.

To create the equal chances to them, the competitors’ bodyweight is limited according to their body height, following the special IFBB formula for each body height category. Currently there is 1 open category.

Since muscle mass is limited, special attention is paid to the overall view of the physique, body proportions and lines, muscle shape and condition (density, bodyfat level, definition and details).

These values are assessed by the judges during Rounds 1 and 3. In Round 2, like in bodybuilding, free posing routines are performed to music of athlete’s choice. 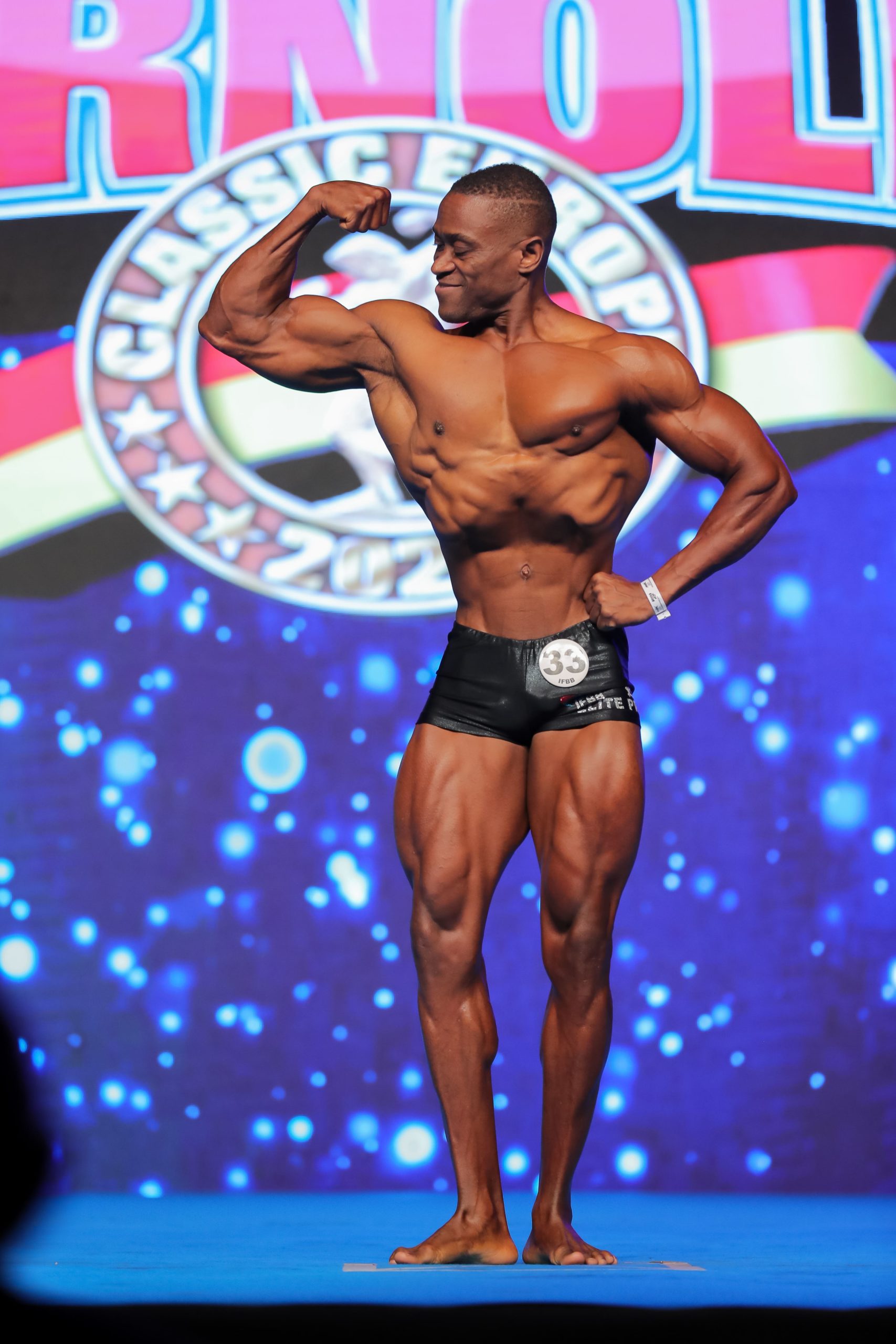 Bodyfitness has been implemented by the IFBB in 2002 to give a chance to compete for wide group of shapely women without the routine rounds, just the physique ones. This formula has proved to be useful and the number of participating competitors increases each year. Later on IFBB created for them the possibility to show their figure in motion during a short individual onstage presentation called “I-walking”.

Currently, there are two rounds of quarter turns in the bikini-style costume of their own choice and classic stiletto pump of any color. At the beginning of Round 2 (finals) top 6 competitors perform individual “I-walking” presentations and then quarter turns as group.

In all rounds judges will assess the overall athletic appearance of the physique, taking into account symmetrically developed physique, muscle tone and shape, with a small amount of body fat, as well as the hair, makeup and individual style of presentation, including personal confidence, poise and grace. This sport discipline is widely open for all well-shaped women working out in the fitness centers and following the healthy sport diet. And they take the advantage of it! The subscores from the final round are used to get the final total and places. There is 1 open category. 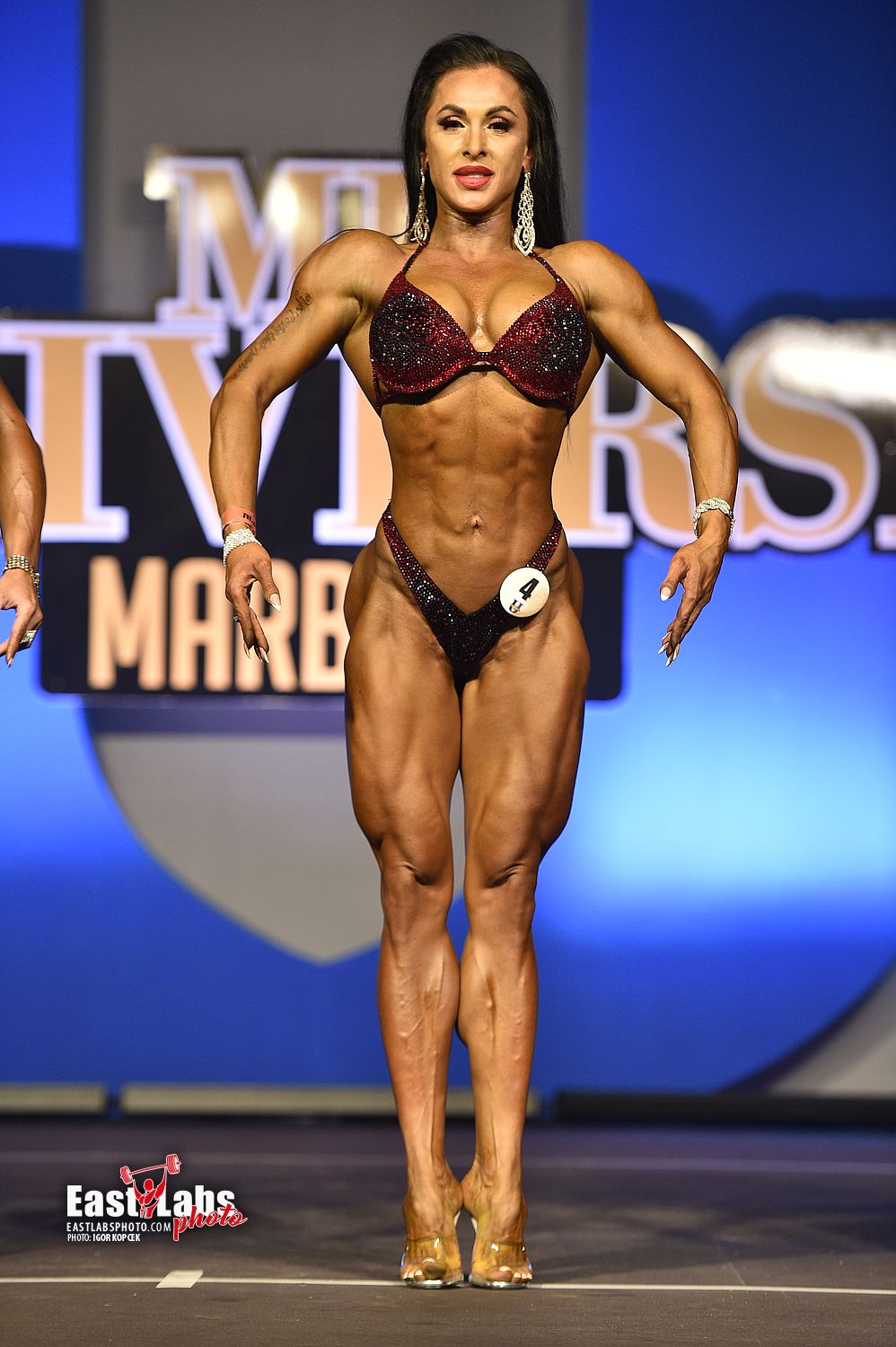 This category has been introduced in 2011 and is aimed at women who keep their body in shape and eat healthy. Overall body lines, balance and proportions, body tone and healthy appearance are taken into consideration. High-intensity weight training and hard, lean muscles are not necessary. The emphasis is on a well-shaped, fit, healthy and attractive appearance, similar to that of models.

Competitors are assessed in two rounds, wearing a two-piece bikini and high-heels.

In both rounds, quarter-turns, including front, back and both sides stance, are performed. As well, the final round begins with “I-walking”, which gives each competitor a chance to present her body and her charm on the move. This competition currently has one open class – but will be expanded due to the extreme popularity 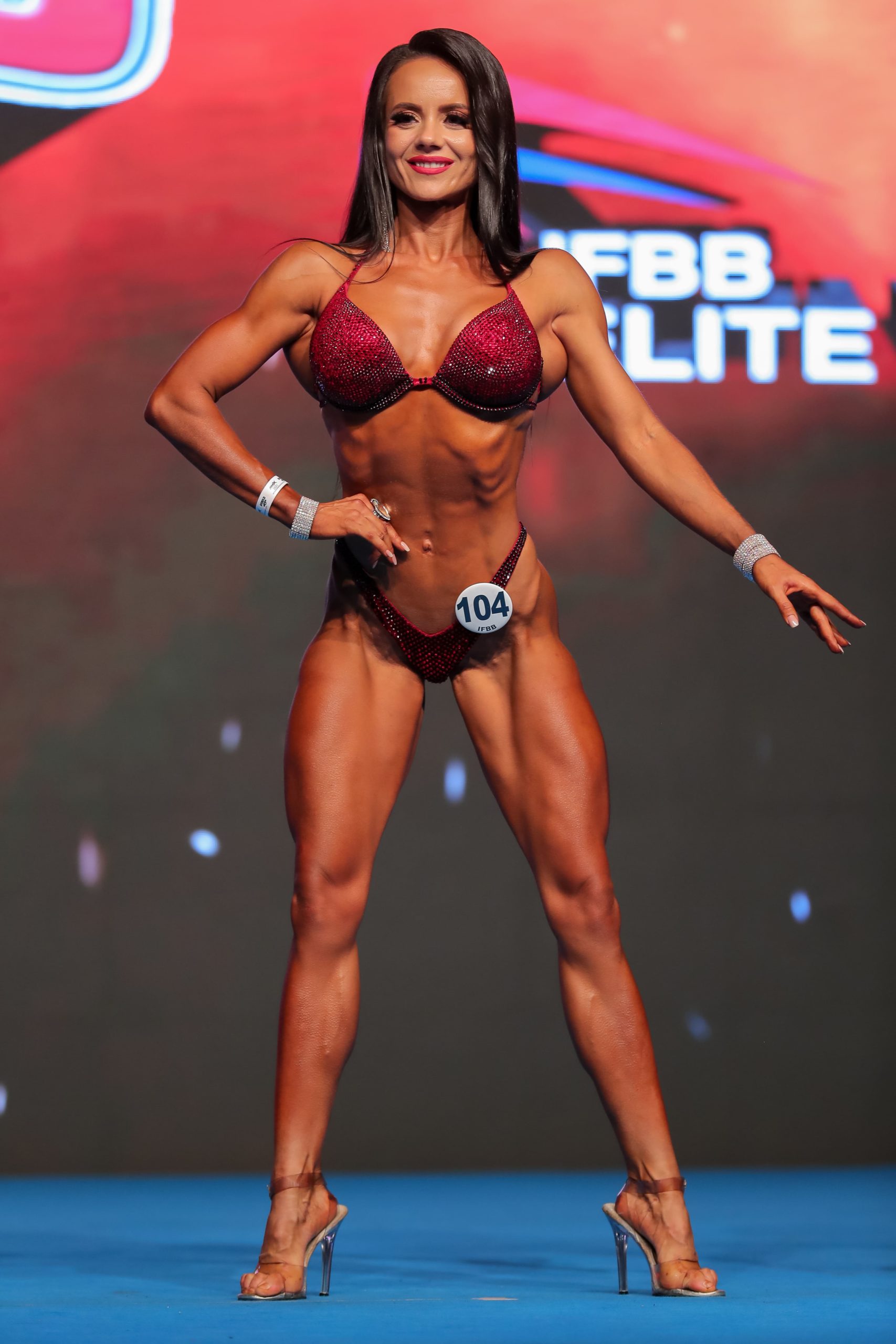 In 2012 the Men’s Physique division was officially launched as a new IFBB sport discipline.

It proves to be a very popular category. They perform two rounds of quarter turns, wearing board shorts of their choice. The final round (Round 2) begins with a short individual onstage presentation of each competitor.

It is aimed at men who do weight training, keep fit and eat a healthy balanced diet, but who prefer to develop a less muscular, yet athletic and aesthetically pleasing physique.

They are fit looking contestants who display proper shape and symmetry, combined with some muscularity and good overall condition. The athletes should have stage presence and poise and their personality and ability to present themselves onstage with confidence, should be visible. 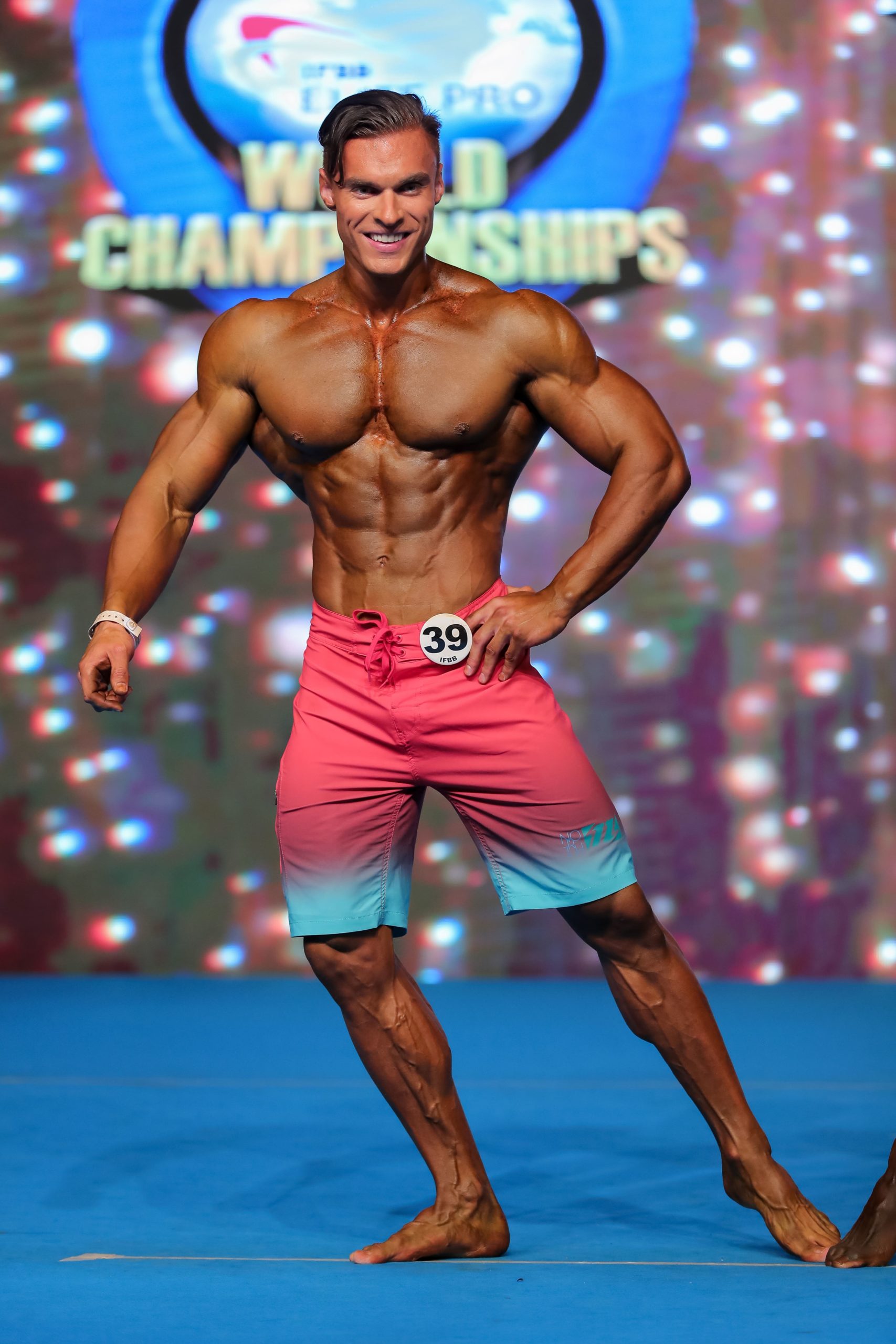 This concept has been introduced by the IFBB in the early 90’s, starting as official competition in 1996 in response to the increasing demand for competitions for women who prefer to develop a less muscular, yet athletic and aesthetically pleasing physique and also to show their physiques in motion.

Round 1 is the Fitness Routine round. In this round the athletes will show in their routines, flexibility, strength and tempo. They will also show an individual style, personality, athletic coordination and overall performance.

There is also a physique assessment round beside this artistic routine round. In this round, the competitors perform four quarter turns in bikini suit, during which the judges assess their figures and body contours, bodypart shape, bodyfat level, body firmness and muscle tone, overall stage presentation (self-confidence, poise, coordination of movements) as well as the overall style of presentation.

Round 1 (90-second routine) and Round 2 (comparisons in quarter turns) are performed during the Prejudging. In the finals, the top 6 competitors perform their posing routines once again (Round 3) and then quarter turns (Round 4). The subscores from these two final rounds are summed up to create the total and final places of the competitors. 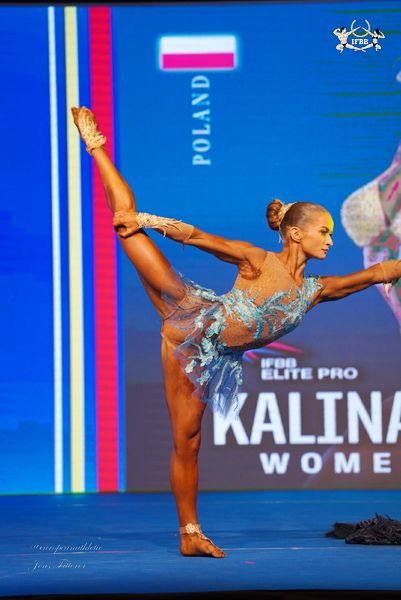 This IFBB division was introduced with the beginning of 2013 for women who want to prepare heavier, bodybuilding-style body but not extremely dried, lean and muscular, yet athletic and aesthetically pleasing.

Altogether, there are 3 rounds. In round 1 (semi-finals) competitors’ physiques and muscularity are assessed during quarter turns and four compulsory poses. In the finals compulsory poses and the posedown are performed in round 2 and a 1 minute posing routine to music of competitor’s choice in round 3.

This sport is placed somewhere between Bodyfitness and former Women Bodybuilding which has been removed from the IFBB list of official sports in 2013.

Competitors are expected to present the overall athletic development of the musculature but also balanced and symmetrical development of all muscle groups as well their sport condition and quality, with visible separation between them.

There is 1 open category in this division. 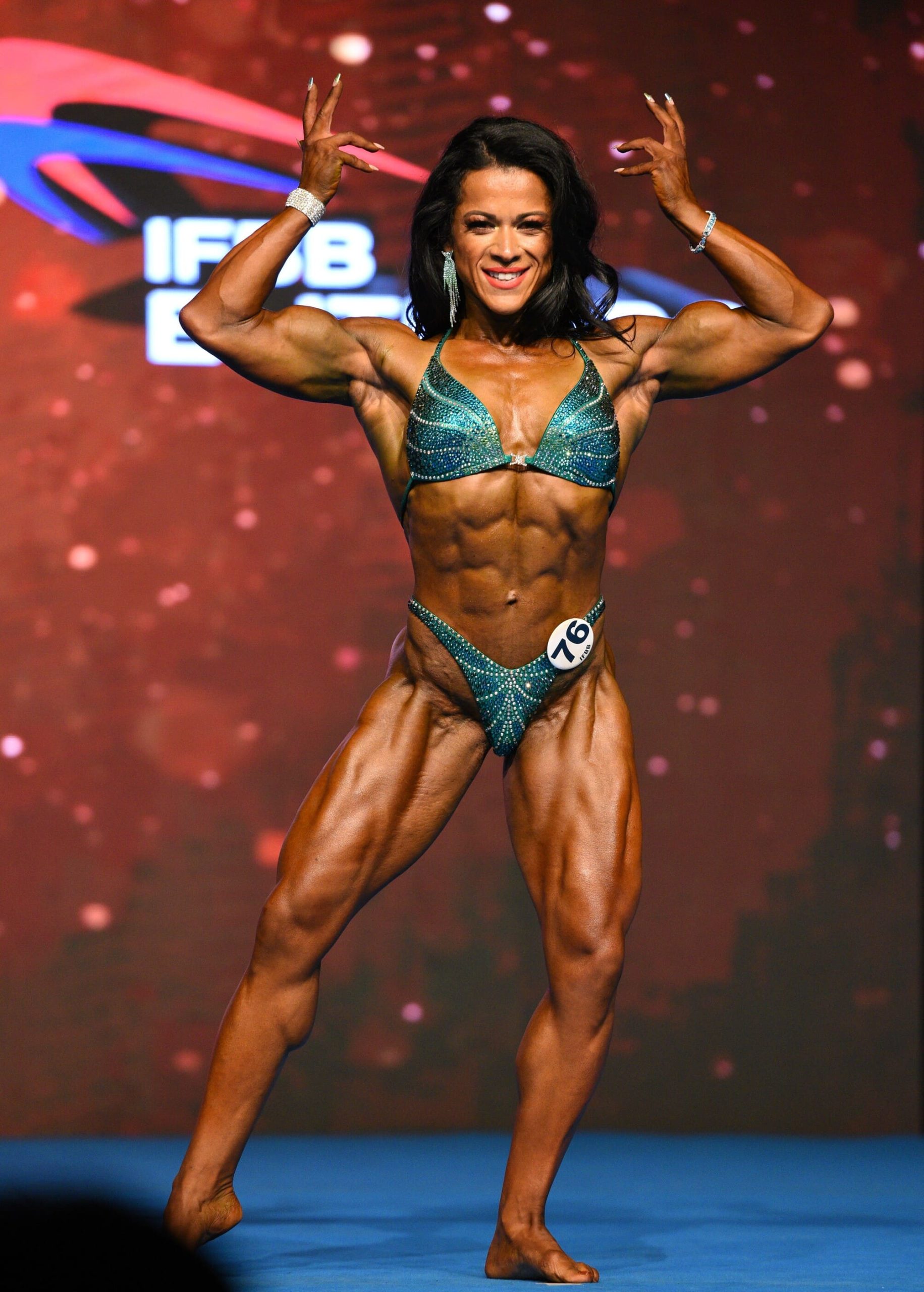 Assessing of the physique, judging criteria and rounds are the same like Women’s Bikini Fitness. Competitors perform quarter turns in all rounds plus individual “I-walking” presentation in the finals. Vertical proportions (legs to upper body length) are ones of the key factors. Horizontal proportions (hips and waist to shoulder width) may favour women with a bit bigger hips, thighs and buttocks.

There is 1 Wellness Fitness category. 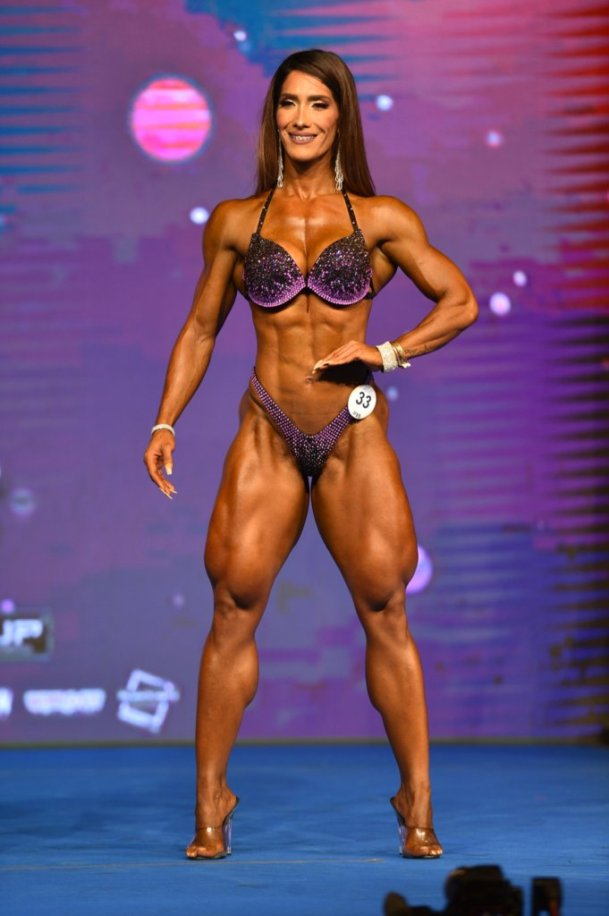